Photo of me next to the Static Hot Fire test stand after a successful thrust test.

Lady Elizabeth was designed to compete in the FAR/Mars Society Launch Contest and be recovered after launch using a single bay, two-stage recovery system. Lady Elizabeth was designed and tested in stages. We were required to test the rocket engine on a test stand at Edwards Air Forced Bace before construction of the rocket body was started. Lady Elizabeth is the first dual-cryogenic rocket that San Diego State University Rocket Project (SDSURP) has built. More than 100 undergraduate and graduate students at SDSU contributed to this project. As of February 1, 2020, Lady Elizabeth holds the altitude record for a student-built liquid bi-propellant rocket launched and recovered at 13,205 feet above ground level. 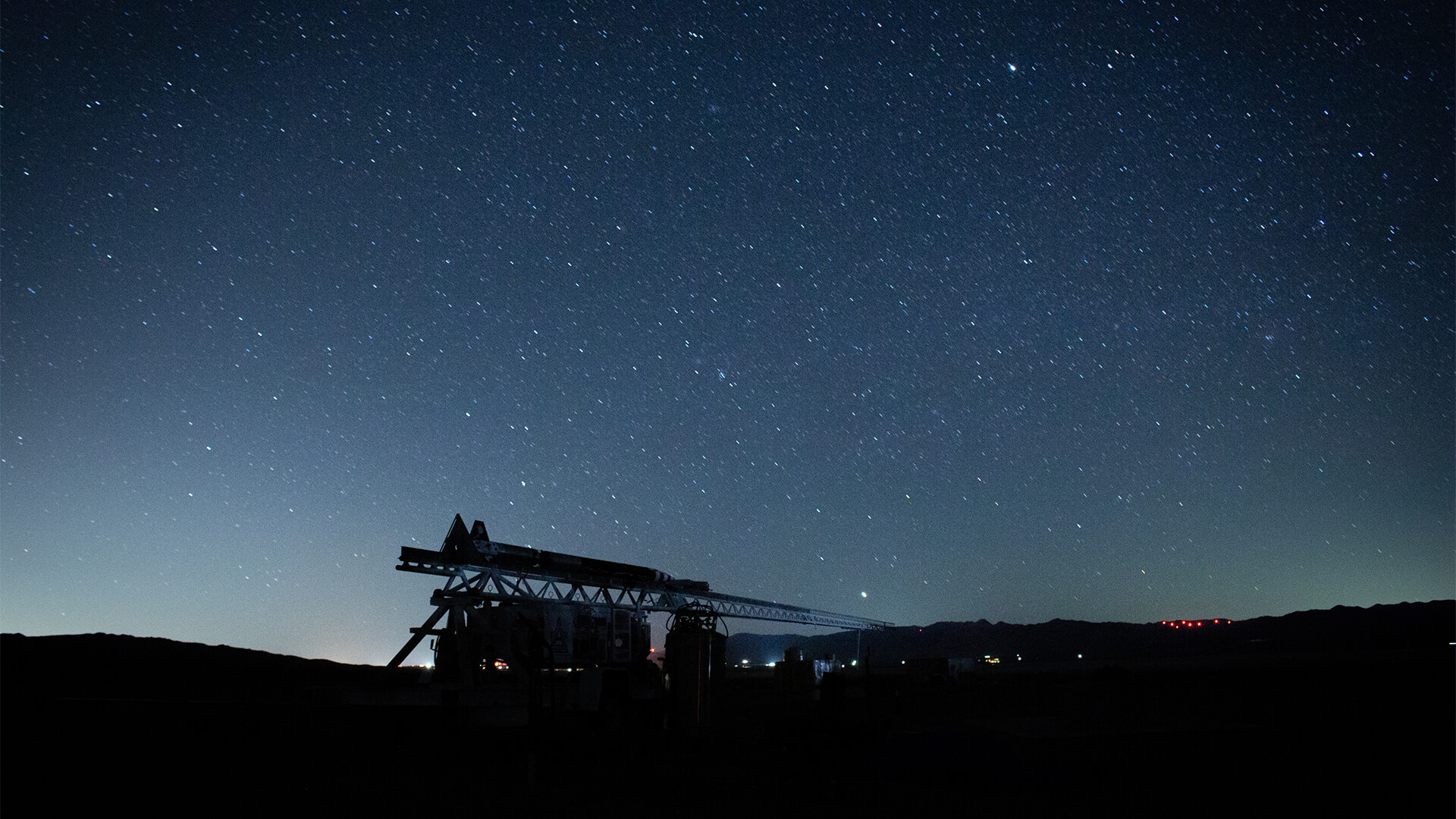 This short video captures my personality, goals, and passions within my career. Find out how I got started in this industry and what excites me.

Being that Lady Elizabeth was the first ‘rocket project’ I consider myself having been a part of, I had to adapt to such a large team environment so that I could make some form of contribution. I started my time at Rocket Project joining the Structures section with hopes of designing CAD models to be used in some way towards the success of the launch. My first project was creating a design to hold a Hall Effect sensor in place above our fuel and oxidizer actuators. This helped me understand the relationship between the various sections within Rocket Project. For example, the avionics section requires designs from the structures section to properly retrieve date vital for launch.

The major contribution that spread my name throughout the club was my fresh eye on media and branding. I had a background in media creation and management and thought it would be best to directly apply those skills towards two videos: the ‘Static Hot Fire H’ promotional video, and the ‘First Steps to Mars’ documentary project. In both videos, I lead the production, with then-active Outreach Director Luke Hedberg and I both polishing the video before both releases. More information on the documentary can be found here. That project increased RP’s production quality on all fronts, impressing all members, staff, and donors.

With all of the responsibility of the documentary shots checklist during launch day, I prepared another surprise for the entire rocket project team: a fully animated live stream package on a club laptop. On launch day, I set up the stream, tuned the “T minus” counter, and angeled our new YouTube viewers towards the launch rail. I also checked the cellular data that was provided out at our launch site in the Mojave desert to then properly tune the bitrate and resolution of the broadcast for the best viewing pleasure online. This further excited the entire team and added yet another way for us to publicize content with new professionalism.

Being that Lady Elizabeth is a liquid rocket, she requires the proper fuel that she was designed for in reserve on-site for the day of the launch. This allows the vessel to quickly fuel up right before launch. On both launch attempts (Nov 2019 and Feb 2020) I was one of the two members tasked with driving our fuel retrieval vehicle to Los Angeles for our methane supply. I aided the primary fuel manager in grounding the fuel dewar, connecting the fueling nozzle, equalizing the pressure of our personal tank with that of the tank farm at the fueling station, and finally monitored the tank as we transported it back to the launch site. Without my work on fuel retrieval prep and action, the rocket wouldn’t have had any way of launching. Though a large responsibility, this drive was well worth it.